At the moment social media gets flooded with posts about how damaged nature is recovering because of so many countries being on Corona lock-down. I am always wondering what such posts are actually supposed to tell me. The fact that mankind is the source of pollution and contamination? Not really news, is it? So it is probably more of a ‘see, I have been saying this all along, I am on the right side of the argument’ kind of post in extension of the climate change protests prior to ‘Corona’… which in turn makes the post less about nature and more about ‘ME’. Not really news either, of course. But worth pondering. And to state this explicitly: I am totally in support of constructively discussing and working on solutions to deal with the evident environmental pollution, to save our oceans, landscapes and animal populations, to consider rewilding. But let us be honest and drive home a very important point: Most people concerned about the violated state of nature are voicing their protest out of fear for themselves or humankind, they are worried about keeping or improving the status quo not for nature itself but out of fear for their well-being. Keeping this in mind what I then really see in all these postings and current lock-down is the proof that nature, i.e. life in general, goes on pretty well without humanity. The world keeps on turning. And we know that this would also be the case if we were not to do much about it. The environment would significantly change for the worse, of course, but it would still be there. And what even means ‘worse’ – worse for US! We do not save nature or ‘Mother Earth’ – she does not need us to. What a presumptuous and again self-centered thought even! So, if we are honest, we intend to try saving the state of nature that WE like best and that is best for our OWN life, i.e. inhabitable for humans.

And thus, we must admit that most of our ‘environment saving’ is just as much self-/ego-stroking as many of our charity donations. They are for a good cause overall, of course, so never stop saving/giving, but (remember, honesty) they are also a part of our lifestyle and meant to make us feel good and look good in the eyes of others. What I am trying to say is that while the intention to “save nature” is certainly much more laudable than “do not care about nature”, it is just as much self-centered, that is anthropocentric and logocentric, and it does usually not really account for the true aliveness of nature. Despite the rhetoric, at the core of it, nature is regarded as a biological resource, appreciated (and needed) for its purposefulness and maybe aesthetics. Only in rare cases is there any feeling of kinship (apart from an abstract feel-good projection in some witchcraft/new age/alternative milieus) or relation to our environment. And consequently, the actual problem at the heart of all the pollution, a majorly disturbed link between human and kosmos, between macro- and microcosm, stays the same. The situation is probably even worse because this disturbance gets well hidden in the environmental protection discourse under a surface/appearance of care and closeness.

In the early 20th century, German visionary Ludwig Klages already criticized the environmental pollution in the wake of the industrialization and envisioned a negative development. He realized that our behavior towards the environment is based on our perception of reality and that ravaging nature is a result of the broken exchange between kosmos, i.e. all the living powers, souls and what he calls “Images”, and the world-receptive human soul1.fn: Compare Kronawetter, K.-H.: Die Vergöttlichung des Irdischen, p.84 For details on Klages metaphysics and Gnosis, see Chthonic Gnosis or Of Cosmogonic Eros, available at Theion Publishing. For our current purpose let me stress that this means a partaking of the human in the living kosmos (what the Kosmic Gnostics also call the pandaemonic All), an integration of man into the Rhythm of Life. In contrast to positioning man above all of life as it became especially dominant with the Abrahamic religions and the idea of man’s sovereignty over earth. However, as I tried to point out above, most of the environmentalist thinking is still based on this exact concept. At the basis of ‘man saving earth/nature’ lies the idea of ‘man dominating earth/nature’. This anthropocentrism does not change when we personify and/or divinize ‘earth/nature’ and develop a holistic idea: The figure of “Mother Earth” had been originally the experience of the maternity of earth that did not only give birth and nourish plants but also animals and even man himself. Many cultures kept this close connection of man and earth in their myth and burial rites, and “mothers” residing in the earth, caves and mountains had been plenty2fn: Compare Motz, L., The Faces of the Goddess until they became more and more condensed into THE mother earth, THE mother nature, THE mother goddess, THE Goddess. Many-being-turned-into-one is a process that finds its parallel in many-being-reduced-to-one and underlies just as much many esoteric and occult systems, whether they subscribe to “all is mind”, “all is divine”, “we are all one” or any other form of monism. The idea of “I save Mother Earth” is then essentially “I save Myself”.

To repeat, environmentalism becomes more about keeping our state of living, a rational decision, and is less based, if at all, in a soul/body-perceived relation to environment even though it might be motivated by a ‘love for animals’ and the like. I do not believe that we all have to live autonomously in the woods or a farm or so. In fact, I do not even believe that you must know the names and classifications of the plants or animals in your surrounding as some modern witches stipulate. To know your plants and herbs is a great skill to have, to be sure, if you can also make effective potions, the more glory to you. Neither, however, is a precondition for perceiving/experiencing a plant’s inner essence though. You will not experience the ‘character’ of a plant just because you have thoroughly investigated the plant or herb for its functionality, its purposefulness. Also, just because humans know the names of animals and plants does not make them respect nature more. And anyone can admire nature for its beauty and/or its relentless force; it is rare that a person is no longer receptive for at least one of these aspects. So, it does not make you a witch, sorcerer or magician if you share these traits. To have respect for nature and to pay attention to the cyclicality of natural life, e.g. seasons and lunar phases, is a step towards the natural state of any people living in symbiosis with nature and it is not necessarily about practicing magic – it is an essential step towards being more open to a biocentric magical reality, however.

So how about the magical side and why bring this topic of environmentalism up at all? I wanted to point out again how we are very often (naturally and quite unconsciously) caught up in anthropocentric, self-conscious modes of thinking – even, or especially, when we are favoring ‘good causes’ and use favorable expressions like “saving nature”. For this reason, we might also want to be careful when mixing more political agendas with our magical teachings. The latter might too easily turn into the former and become another self-serving purpose. This brings with it my common demand for self-reflection: contemplate your very own (magical) relation to nature and your surroundings. How much does it play a role in my practice and why (or why not)? How and why can I incorporate it? If you do so (and can do so depending on your individual situation): why do a ritual in nature/the outdoors? Am I certain it is not because of some romanticized ideal or stereotype established by others, or an idealized projection of how I want to see myself or the world?

In the anti-cosmic (as we reject the logocentric imposition which structures a ‘false cosmos’ which leads to the distorted perceptions mentioned above) Kosmic Gnostic current we emphasize the ‘re-rooting of our life in a more natural order to break out of the framework of a logocentric orientation of the world – “which is the ruling world experience of the epoch resulting in the same problems noticed by Klages and others such as reductionism, materialism, dictatorship of mechanical technology and viewing the world and human only as resource etc.”.’ (from a private communication by David Beth with adepts of the current). This position is rooted in an understanding of the human as a vital aspect and not the center nor a self-deluded master of the natural world. It is the deep experience that by exploiting nature we further limit our access and participation in Life itself, in its vital, daemonic rhythm, the basis of all ecstasies and true magic. The living fluidum dries up and our pathways are closed to magical creation based on the mutual exchange of ‘kosmic essences’, souls of the elements, spirits, daemonic entities, natural beings, gods and our own soul.

If you have read up to here, let me suggest something: Rather than setting out to save the whole world (or lament its destruction by ‘them’), begin engaging nature again on its own terms in your own surrounding, your own environment, on your ways to work, your gardens, your recreation spaces etc. Everybody as their situation permits and demands and keeping the points mentioned above in the mind (of the heart). If you are not forced to stay home due to health reasons or similar, begin by going for a leisurely stroll without the aim to find the most beautiful or picture-worthy spot (maybe your idea of ‘beautiful’ will change after a while), be attentive to plants and animals (in particular those that you might not be able to name), experience rather passively, let nature act upon you – and bring home an item or two to include in your magical work or practice (stones, twigs, shells…). Chances are that you will soon experience a tremendous change in the way you experience nature and your place in it. 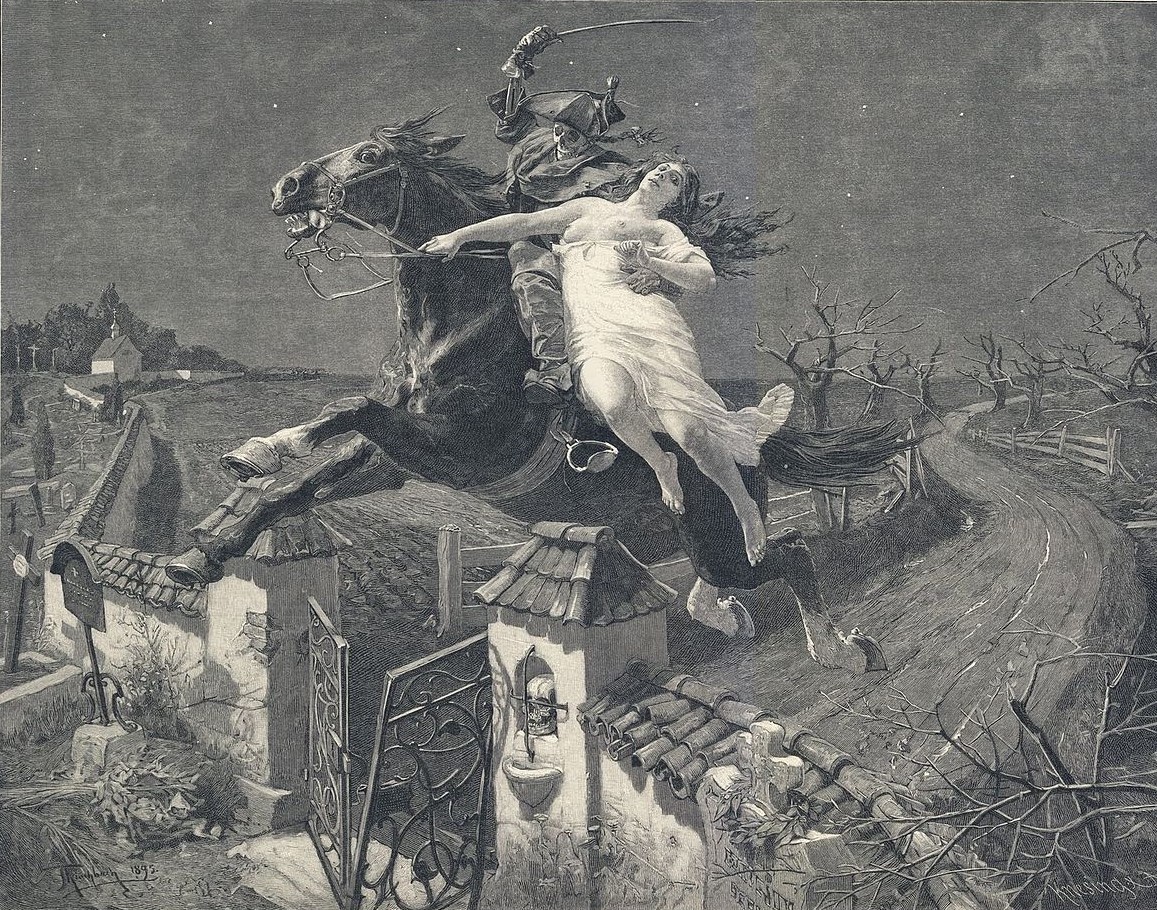 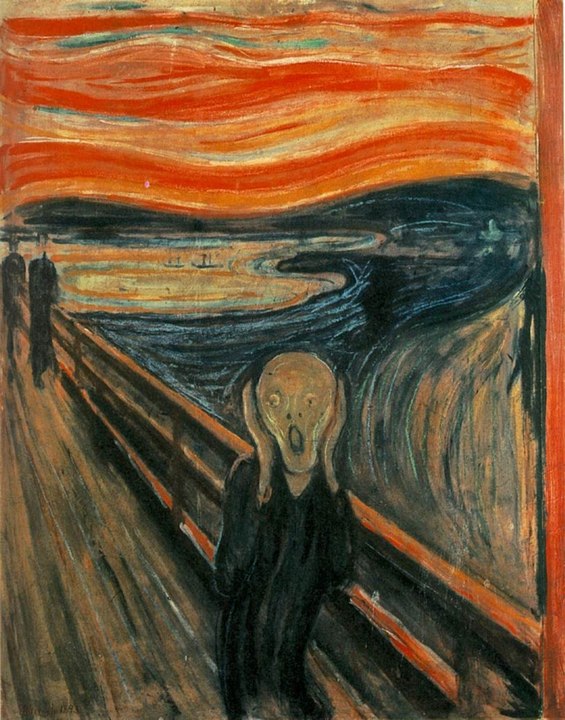 “Every man is an abyss”

1 thought on “This Daemon Life”